I would’ve never guessed that Anna would be the one to have the best first week of school! Her 2nd grade teacher is wonderful and such a good fit for her. Anna continues to see the same team as last year for Resource, ST, OT and she has the same aide so that continuity is fabulous for her. I was joking with Curtis that she’ll probably come home with a cold soon and be out of school next week. Sure enough, Anna came down with a sore throat yesterday and is sick today. Let’s hope the seizure monster stays away this weekend.

Dominic came home the first day complaining that “there are so many rules… there are like 70 rules and I can’t remember them all!” He’s so funny. He really had a hard time. He was called a tattletale and crybaby the second day, got in a physical fight, and lost his best friend on Thursday. His teacher said that he is trying really hard and that each day gets a little better than the first. Curtis and I met with the child psych yesterday and got quite a surprising report about Dominic’s test results. I’ll share those in my next blog post.

Jenny broke down and cried, gutwrenching sobs, after her first day of her senior year (this was after getting home after work… poor thing had to work on her first day of school). So much went wrong for her starting with her schedule, she lost her senior ID and parking sticker, she has no classes with friends, she was invisible at lunch, she won’t get to see her boyfriend, Chris, during lunch because of his college class schedule, she had a rough night at work, and she found out she failed her history class again (she was in AP US History last year and failed by 1 point, and had to take it at ACC this summer, and failed that… which is so weird since she passed the AP History exam… so that means she has college credit for US History but not high school credit and if she can’t get high school credit, she can’t graduate). UGH!!! We’ve managed to sort out most of the issues, but it was so hard to see her cry like that. Life is too short to be that unhappy. Curtis and I also suggested she not work during her senior year and we’ll pay for her essentials. So last Saturday, she gave notice and her boss was not very gracious about it and asked her to work an extra week and Jenny is so nice, she said yes. With marching band and school, it’s just too much. For example, last night Jenny didn’t get home until 2 am because they had a game in College Station (and wth is up with that? why do they have to drive 2 hours for a football game???) so yesterday she had to report to band practice at 8 am, then get on a bus after school, and not get home until 2 am. She had to be at work this morning at 9! I feel so bad for her. I called her boss two days ago and explained that Jenny cannot work an extra week and I hoped it would not affect her ability to get a good reference but she needs to focus on her school work. The lady was not very nice about it and ended up hanging up on me! What is wrong with people? Ugh.

So I’m happy to report that all the kids had better ends to the week than beginnings. I think with the right support, all three of them will have a good year though it’s going to be a bit of work getting things set up for them initially.

Here they are on the first day of school! 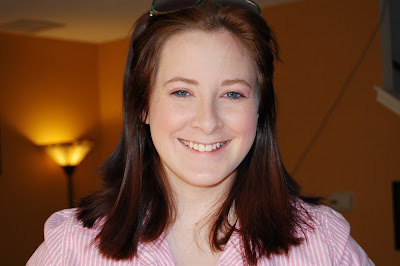 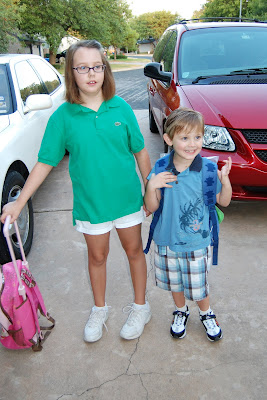 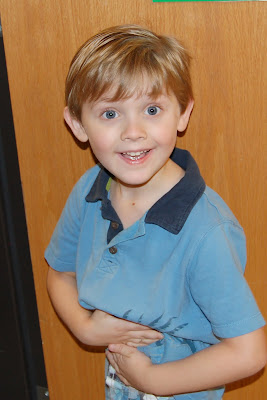 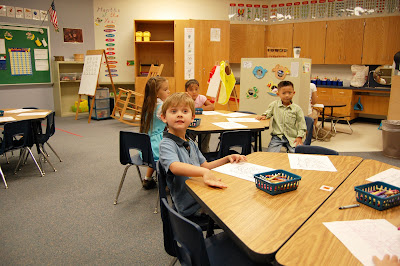 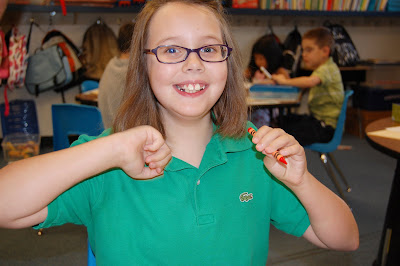 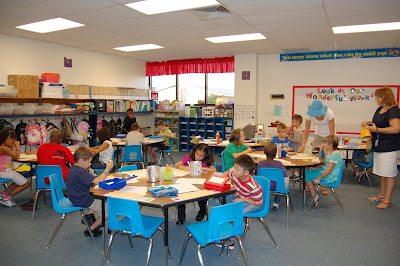 « A mom and daughter day with JennyI knew this would happen »